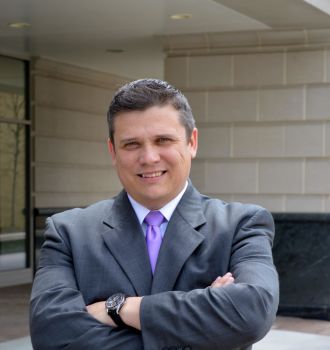 Will Clemons is the sole and founding partner of Clemons Law, PC. He is a native of Southwest Virginia, growing up in Roanoke and Wytheville, he is very familiar with the New River Valley and surrounding areas. Having Blue-Collar roots, Will began working at the age of 15 as a bus-boy and held a variety of jobs, including working in a factory, construction, and serving the United States Army as an Infantryman.

After Will served in the military he returned to Wytheville and continued his education using the G.I. Bill. He earned an Associate Degree in Police Science from Wytheville Community College and a Bachelor of Science Degree in Criminal Justice from Old Dominion University. During his undergraduate studies, Will became interested in the "Law aspect" of the Criminal Justice System and decided to pursue a legal career. He graduated in 2006 from the Appalachian School of Law, in Grundy, Virginia. After graduating law school, Will worked in the Roanoke City Commonwealth's Attorney Office as an Assistant Commonwealth's Attorney, and in the Pulaski Public Defenders Office as an Assistant Public Defender handling hundreds of cases.

"Whether you're a college student in some legal trouble or someone in your prime with a traffic ticket, I can help you seek a positive result."

During his legal career thus far, Will has handled thousands of cases dealing with various criminal charges. He brings to the courtroom, the experience of having prosecuted cases as well as defending them. Currently, Will focuses his practice on criminal defense to include DUI's, Misdemeanor, and Felony charges, traffic offenses. He looks forward to helping the people in New River Valley and surrounding areas with their legal needs.