Facing Drug Possession, Manufacture, Or Distribution? I Can Help. 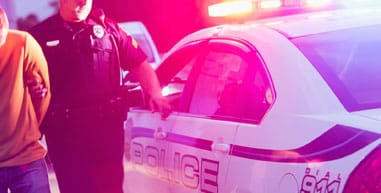 Anything involving illegal drugs in Virginia will likely entail legal consequences, and many people already know this. However, they may not understand the exact repercussions that go in tandem with a certain type of drug and the action associated.

All drug offense convictions in the state of Virginia will typically involve the loss of a driver's license. However, depending on the situation and how the drug is classified, an offender could face much steeper penalties.

Some drugs, like marijuana, aren't even listed under a Schedule but are classified separately with their own distinct penalties.

The exact repercussions you face ultimately depend on the type of drug involved, how it's classified, and your specific circumstances.

Let Me Find Out What You're Up Against

If you have been charged with a drug-related crime, I can help you find out what you're up against. I am criminal defense attorney Will Clemons and have been handling drug offenses and other criminal matters for individuals in Southwest Virginia since 2007.

As a former public defender with the Pulaski Public Defender's Office, I conducted many jury trials and gained extensive knowledge of lawful police procedures like search and seizure methods. As a former prosecutor with the Roanoke City Commonwealth's Attorney Office, I learned what prosecutors do and need to build a solid case.

I also help individuals facing traffic citations such as speeding tickets and other moving violations.